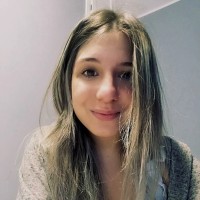 Crystalline metal−organic frameworks (MOFs) are network solids in which inorganic nodes are linked via organic ligands in an infinite array. Over the years, tens of thousands of MOF architectures have been developed, addressing various applications such as gas storage and separation, catalysis, chemical sensing, ion exchange and drug delivery. One of the most fascinating properties of MOFs lies in their flexible character responsible, for example, for the rotational dynamics of linkers. Three-dimensional electron diffraction (3D ED) has shown to be a powerful tool to solve the structure of nano- or submicrometer- sized crystals coexisting in mixtures, overcoming the limitations of x-ray diffraction. In this presentation the great potential of one continuous 3D ED protocol, namely continuous rotation electron diffraction (cRED), for the investigation of MOFs is described.