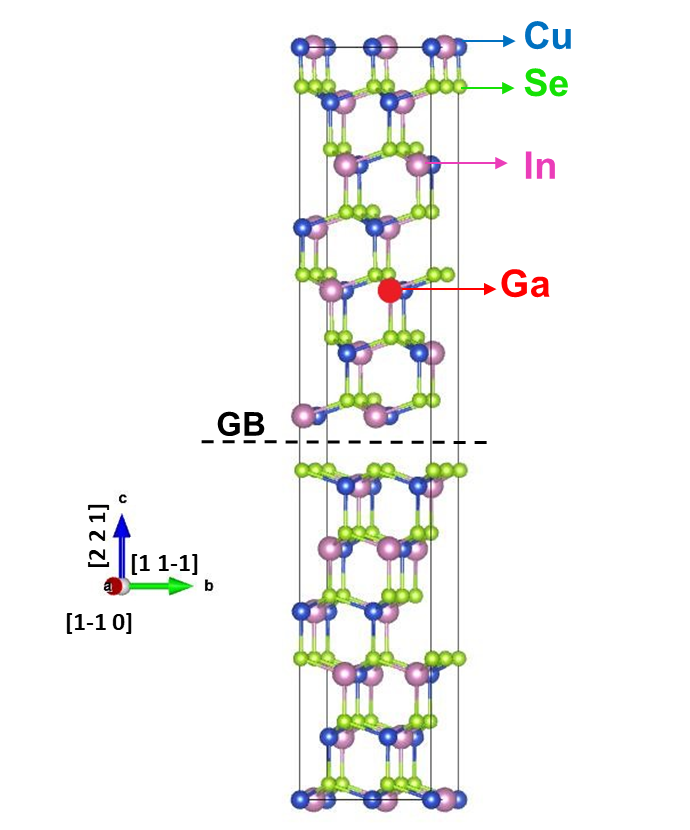 The CuIn1-xGaxSe2 (CIGS) compound is an absorber used in thin-films photovoltaïc cells whose conduction properties strongly depend on its microstructure: interestingly, the polycrystal displays better properties than the monocrystal.
As a complement to experimental studies, we investigated the thermodynamic properties of CIGS twins with respect to the gallium concentration x to validate/invalidate the suggested hypothesis of a grain boundary segregation that would favor conduction.
We observed three possible structures for the most frequently encountered (112)[1-10] twin and showed that segregation was favored for none of them. These computations have been confirmed by a detailed thermodynamic study of the segregation effects (site, alloy and size effects) and have later been confirmed by experimental observations carried out in IMN.